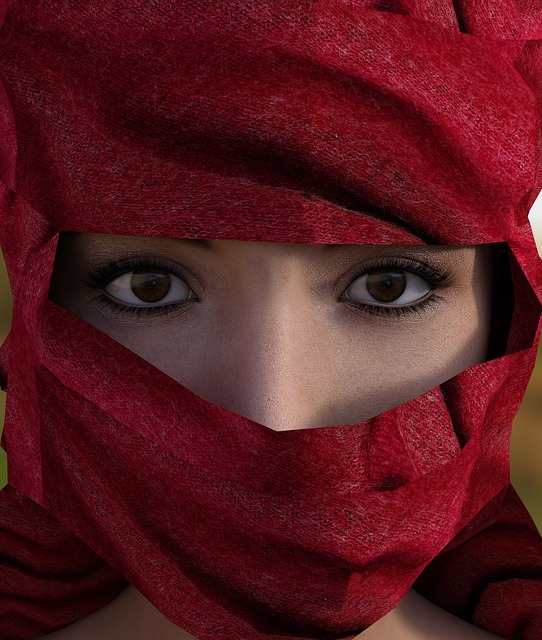 Islamic history is full of bright figures of  Muslim women who set good example of strong, righteous, smart and resilient character of Muslimahs who, besides being obedient observant of the noble teachings of Islam, were also liberal and vigilant.

Whenever an argument alludes to the subject of Muslim women, claims about  their   misrepresentation, weakness and oppression immediately are brought into discussion.

It pains me to see the status of Muslim women so ridiculed and downplayed. And I tend to see  sterotypical misconception srampant at both sides: Muslims and non-Muslims alike, even among Muslimahs themselves, particularly those who are misinformed and didn’t take the trouble of exploring Islam to expound their own understanding of it, while if they did, they would be filled with pride and admiration knowing how Islam recognizes their significant stature and lays weighty responsibility upon their shoulders.

I might excuse non-Muslims,  those who are not very much educated about the Islamic tradition, for having a distorted vision of Muslim women and their status in Islam. For they might have encountered some bad examples that I don’t think should be taken as representative of Muslim women. They could also be victims of Western media which doesn’t miss a chance to paint a bleak image of Muslims as backward and rigid.

But what I don’t understand is seeing similarly disoriented understanding among Muslims of how a Muslim woman should think, act, and look like…

Islamic history is full of bright figures of  Muslim women who set good example of strong, righteous, smart and resilient character of Muslimahs who, besides being obedient observant of the noble teachings of Islam, were also liberal and vigilant.

Even during the time of the Prophet (pbuh), some 1400 years ago, Muslim women played vital roles in the establishment of a Muslim state, and some of them took actual part in fighting enemies of the Muslims back then.

A Muslim woman has full rule over herself, her property and her life. She enjoys equal rights like men, has a say in the house and free will to choose what she wants, and should not, under any circumstances, be subject to oppression, sidelining, or demotion. Contemporary and modern Muslimahs and Muslims in general have no excuse or right to think otherwise.

Let me draw some lessons from history.

Our grandmother, Lady Khadija (may Allah be pleased with her), the first wife of Prophet Muhammad (peace be upon him). Lady Khadijah was the foremost source of encouragement and emotional support for our noble Prophet (PBUH). She aided him, strengthened his resolute, and lifted him up at the times of despair and difficulty. She herself was a source of strength for the prophet, which he despondently missed following her death. She was his first love, most trusted companion, and best friend ever, who comforted his worries at times when he awaited revelation, which came down on varying intervals of time. She was the first woman to believe in his message and aided him in his burdening prophetic mission.

Lady Khadijah adopted a liberal way of thinking. Driven by admiration for the Prophet’s integrity and good manners, she arranged to have him as her husband, and approached him for marriage, may be indirectly, but she did send him who would encourage him to propose to her, setting by that an example for how Muslimahs should chose their husbands.

Lady Aicha, another wife of Prophet Muhammad (pbuh), played an essential role in the transmission of much of the Prophet’s sunnah and knowledge. She was the first Muslimah teacher humanity has known. She taught men and women alike, and was sought after by people who wished to learn about Islam. As knowledgeable and intelligent as she was, she was a woman of sincere piety and intent determination to live for the cause of Islam and transmit the legacy of the Prophet for generations to come.

Urwah- bin al- Zubair narrates:” I have never seen someone who knows more of the Qur’an and its commandments, nor al-Hallal (lawfulness), or Haram(sinful deeds), or poetry, or Arabs oratory or backgrounds than Aicha.”

Um Kolthoum, one of the daughters of Prophet Muhammad (pbuh), and nicknamed “the confined of the valley”.

Um Kulthoum carried the light of her father, same excellence. She didn’t migrate with those who went to Abyssinia and thus didn’t suffer the pain of being away from homeland, but she lived the despicable and inhuman difficulties Muslims and the clan of Banu Hashim faced in the Valley of Abu Talib at the hands of Quraysh people, the chief enemies of Muslims at the time.

Um Kolthoum devoted 13 years of her youthful life, during which she faced inhuman treatment of the polytheists of Quraysh, supporting and looking after her family, taking care of her sisters and lifting the impact of the deteriorating situation they’ve been living as a result of enmity against Islam at the time. She stood firm and was a source of strength to others.

Ladies… These should be our role models. Those are the women we should follow their example.

Without downplaying the efforts and fulfillments of bright examples of successful Muslimahs in our modern times, we ought to look back to our grand grand mothers of early Muslim women and draw lessons from their lives, feel inspired and revive our rich Islamic heritage.

Looking back to our history that witnessed the sprouting and advancement of Islamic civilisation, and the great figures of pious, liberal, intellectual, knowledgeable and daring Muslim women, I see our present role quite regressive.

Stay tuned for Part Two of this series reviewing the lives of many bright examples of early Muslimahs, to live up to their standards.