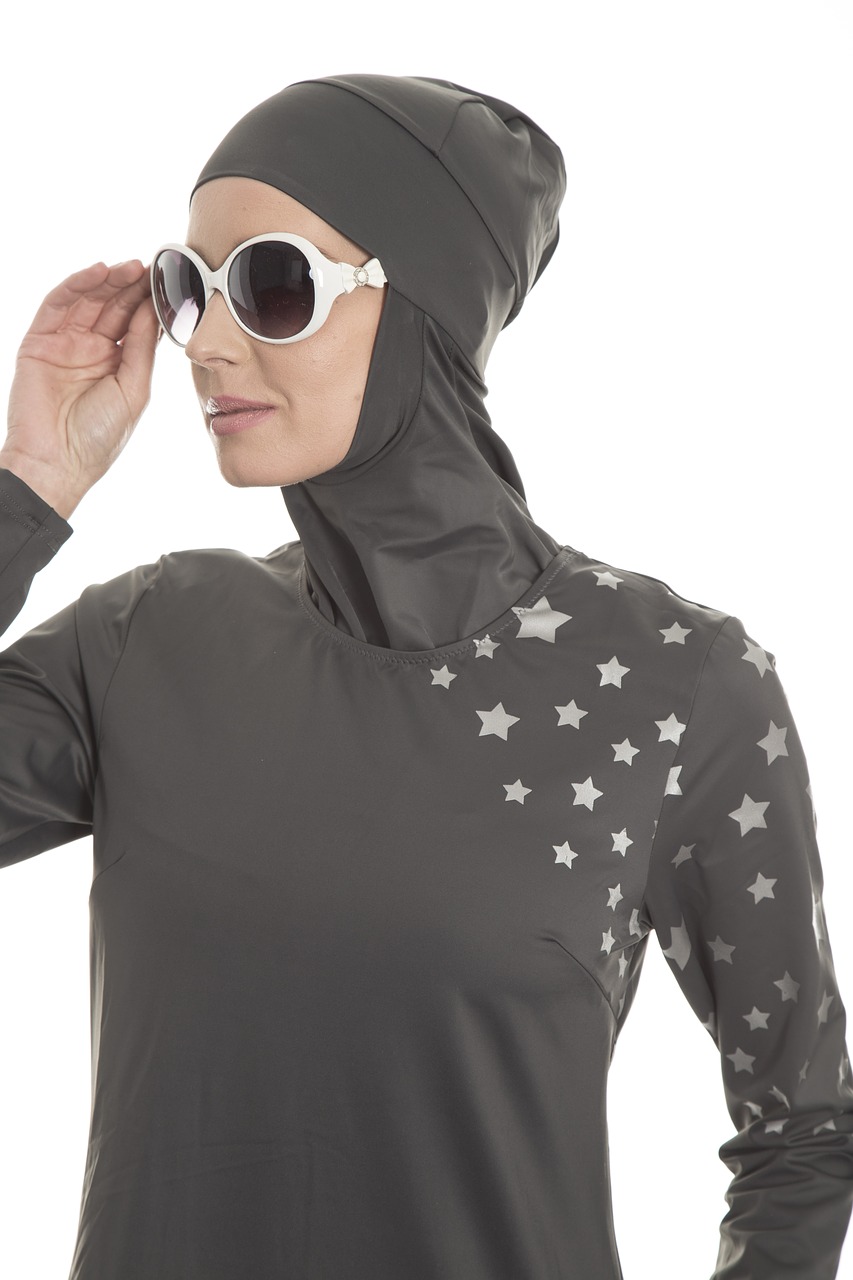 By employing all that’s in their capacities of social, academic and professional skills, besides comprehensive understanding of Islam, Muslim women can be powerful institutions educating people about Islam, thereby serving the message of Allah and Prophet Muhammad (peace and blessings of Allah be upon him), the Muslim Ummah, and humanity at large.

I thought twice and deep before constructing this article, wondering what would be the best way to offer the core idea behind it plain and clear. Should I put it in the classical form of a multi-paragraphed article or should I jot down subtitles with bulleted pieces of advice presented strikingly clear and in the most direct manner possible, concerned mostly about benefitting you dear readers, particularly sisters, from the subject matter I’m discussing today.

I decided to present it someway in between, brief and direct, yet giving room for developing each point of challenge and areas of opportunities in a way that would allow me open the eyes of fellow Muslimahs to the serious duties and responsibilities befalling them, including myself.

Recent years witnessed considerable surge in racial and Islamophobic attitudes and attacks, with women, unfortunately making most of the victims, particularly in the West, where Muslims form only a minority of the population.

Have you ever wondered why? Why would women be the most vulnerable target of racial attacks and Islamophobia?

Well generally speaking, women are human institutions known for 3D influence impacting world communities and as far as each woman’s sway can reach, her children, definitely her husband, where she works if she chose to, among other areas of communication a woman may participate in.

And when it comes to Muslim women, the influence is ten fold- her look speaks her identity, that is Islam, and her identity for sure has a recognized power and far-reaching impact, which makes her a center of attention, sometimes attacks, and in many cases racism and bigotry- not because Islam is hated as much as the influence of its growing power and followers is needlessly feared, thanks to widespread misconceptions, lack of wise channels of communication and effective cross-cultural dialogues.

This is the case in the West, again where Muslims form only a minority, even if they’re dramatically growing in numbers according to latest surveys and statistics.

Coming to Arab and majority-Muslim states, the situation is not much better in most countries, where Muslim women are stereotyped, largely discriminated against, particularly those who wear Hijab, and in many cases subject to ridicule and suppression of freedom of speech and free will, let alone gender inequality and outdated traditions that sometimes contradict religion, imposing obsolete taboos and archaic norms. Such negative practices marginalize a considerable population of Muslim women who are in possession of great potentials and capacities.

Looking at both poles of the world, Muslim women tend to fight on two fronts, overcoming challenges and seizing opportunities, which, although may take different approaches and manners, tend to seek same fruits; i.e. getting recognized, having the right to impact and the freedom to act and speak, thereby breaking stereotypes, correcting misconceptions, and setting new standards that strictly follow the noble teachings of Islam pure of any defiling or imposed traditions.

To practically sum up the list of challenges and opportunities facing every Muslimah, here’s the list I compiled in light of what’s been discussed above.

– Culturally- Imposed Norms and Traditions, such as forced marriage, denial of right to education and work, forced social dependability and violation of some of their basic human rights.

– Domestic Violence due to choosing the wrong spouse who’s not the least educated about the Islamic Shariah or rights of women, even if he’s a Muslim. And this problem, while known to be common between Western and Arab states, affects on a larger scale Muslim women living in the West, where the family, and by extension the husband, are considered an intricate source of support for every Muslim woman.

It’s noteworthy that receiving credible and in-depth education about Islam among other sciences is the foremost source of awareness for Muslim women teaching them about their rights and duties in a world of ever- values and conditions.

– Shocking and Yet to Grow Divorce Rates; and consequential unjust custody laws which single out women from practicing their full social rights and fully upholding their responsibilities.

– Illiteracy; which keeps Muslim women completely ignorant of their due rights and responsibilities. Illiteracy also affects the perception of most Muslim women of their status in Islam and the truthful traditions Islam promotes, particularly those pertaining to their rights.

– Abused Plygyny; rampant mainly in Arab and largely Muslim states due to misconception and lack of Islamic education that explains when and how men are permitted to have more than one wife, up till four, as Islam stipulates.

– Financial Dependability; which renders Muslim women dependable and largely controlled by whoever provides for them and sustains their living, particularly in communities that lack holistic and comprehensive understanding of Islam and Shairiah.

– Most crucial and foremost opportunities for Muslim women are created by addressing all the list of challenges mentioned above, turning each of them into an opportunity and all their negative impacts into areas of improvement that would allow for more genuine engagement of Muslim women, and consequently more pragmatic and strongly felt influence that suits their nature and God-given talents and areas of strengths.

– Work; communities nowadays and regardless of any negative perceptions, are more accepting to the idea of working women. Such opportunity should be utilized, for the more financial independent Muslim women are, having their one steady flow of income, the more entirely independent they would become, breaking free form channels of control they see detrimental to their effective existence.

– Preaching and Religious Discourse; Muslim women should mobilize more efforts from amongst themselves and get exposed to rich religious education to engage, effectively, in providing religious preaching; getting their voices heard and sharing in building a balanced perception among individuals, and particularly Muslimahs, of the truthful and noble teachings of Islam.

– Digital and Online Presence; With the inception and growing popularity of online and social media, women are more compelled to grasp such chance wisely and get their voices heard, thus have their intellectual output that’s more representing to their thinking, values and beliefs which should be effectively communicated amongst world nations, Muslim and non-Muslim alike, traveling across borders and reaching the farthest destinations. Muslimahs, or Muslim women, should venture into such fields and have effective presence and far-reaching influences.

– Education; breaking the wall of illiteracy blocking them from effective communication with all realms and on all levels, including the level or religious awareness.

– Breaking Stereotypes; this is an opportunity and a duty at the same time for all most Muslim women. They ought to communicate the correct and truthful image of how a Muslim woman should be and her true status in Islam.

– Clearing Misconceptions; relates very much to the previous point discussed, and it does require a considerable amount of awareness and  literacy, as well as exposure to secular and religious education.

– Awareness; by much exposure to medias and fields of studies, including religious sciences, this is one crucial channel educating Muslim women about their rights and duties and consequently, preparing and encouraging them to fully uphold their due responsibilities and realizing their optimum goals in life.

– Islamic Education; it is part and parcel of any proper Muslim woman identity, and relates very much to the previous point discussed.

– Right Partner; finding the right spouse who abides by the noble teachings of Islam, is well-educated, and of rich exposure and understanding of the ever changing conditions of contemporary life, is one imperative source and channel of support for Muslimahs nowadays.

– Social Engagement; by employing all that’s in their capacities of social, academic and professional skills, besides comprehensive understanding of Islam, Muslim women can be powerful institutions educating people about Islam, thereby serving the message of Allah and Prophet Muhammad (peace and blessings of Allah be upon him), the Muslim Ummah, and humanity at large.

We have a lot of work to do sisters, but the more we’re exposed to ever-changing life circumstances, our duty becomes strictly tied but not limited to adapting to such variables, in a way that best serves the Muslim Ummah and best represents the culture and message of Islam, creating opportunities form amongst difficulties and challenges.