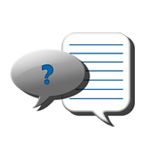 I’ve just converted to Islam and as you can read below, my name is Samuel and I live in the UK. I was wondering if I have to adopt a new name like Mohamed or Ahmed, do I have to grow a beard and wear shortened pants?

I mean no offence towards those who apply similar changes upon embracing Islam, but I feel that it would put some social burdens on myself and I would like to know if they have roots in Islam, as I’m still new to the religion and need to do a lot of readings to develop a comprehensive understanding of such matters.

Would appreciate your help.

First of all, I would like to congratulate you for joining the Muslim Community and being one of those brothers and sisters daily guided to Islam, choosing to bear in their hearts the message of the concluding Prophet, our Beloved Muhammad (PBUH).

The Prophet (peace be upon him) says in one of the authentic traditions that:

Here, we need to clarify what Islam really means, and what this doctrine entails. Idiomatically Islam means total submission and surrender. So it’s obedience to Allah and committing to His directives and instructions that had been conveyed to humanity through chosen prophets and messengers. So if someone chooses Islam as a religion, this does not mean that he/she chooses something different from his/her natural beliefs embodied within him/herself. That is why the majority of those who chose Islam as their religion and I met personally many of them, do not call themselves “converts” but they rather call themselves “reverts” as they are not experiencing a completely different set of beliefs.

Regarding the rituals that one needs in order for him/her to become a Muslim, they are different from those of conversion to any other religion.

The wisdom behind doing this Ghusl is said to be the fact that the person is transforming himself from the state of impurity to the purity of acknowledging the Existence, Oneness, and Omnipotence of Allah.

Then pronouncing the Shahada (testimony of faith) as no one can be regarded as a true believer unless he/she confesses these two articles of faith that There is No God but Allah and that Muhammad is His Servant and Messenger.

Announcing his/her Islam is another needed ritual. He/she has to make public his/her conversion through informing those in charge of such affairs and documenting it if possible. This is because there are many reverberations that follow his/her becoming a Muslim, such as the possibility of their, particularly in case if the convert is a man, getting married to a Muslim partner.

Male Circumcision is one of the rituals that Muslim scholars did not reach an unanimous agreement upon. Some say that it is obligatory basing their opinion on the Quranic verse “so we have taught thee the inspired message, follow the ways of Ibrahim the true in faith, and he joined not gods with God”. They also quote the prophetic tradition “whoever converts to Islam, should be circumcised even if he is of old age”. Some others say that it is an ascertained Sunnah of the Prophet which is in between obligatory and recommendatory, so the person who leaves it becomes sinful.

As far as changing the name is concerned, some names tell of the religious identity of people such as Muhammad, Ahmad, Mustapha, John, George, Matthew. Some other names are commonly used by adherents of different religions such as Ibrahim, Joseph, Mariam. The question is, if a non-Muslim wants to adopt Islam, is he/she under any religious obligation to change his/her name or not? The answer to that question was given by Sheikh Jad al-Haqq Ali Jad al-Haqq in one of his fatwas when he said conversion to Islam means to testify that there is no God but Allah and that Muhammad is His messenger, or to confess the Oneness of Allah and the apostleship of Muhammad and to renounce any practice that is not in conformity with Islam. However, it is not necessary for the convert to change his/her previous name unless it holds something against Islam. On the other hand, he preferred that he/ she would have a Muslim name as the religious identity of the person is shown from his/her name.

Regarding growing a beard and wearing shortened pants, they do have some bases in the religion but different rulings according to some scholars. The Prophet (peace be upon him) used to grow his beard and as we are asked in some instances in the Qur’an and in the Prophetic traditions to follow Prophet Muhammad (PBUH) as he is our role model, we are to grow beards too. Regarding the ruling on growing the beard, based on the fact just mentioned that he is our model, some scholars say it is obligatory to grow a beard. Others who are interpreting the verse differently, i.e. we are to follow him in his lifestyle but not necessarily in the way he looked or dressed, say that it is an ascertained act of the prophet that we need to follow but we are not obliged to do. If your intention is to follow the Prophet (PBUH), you can still grow the beard and trim it and not necessarily make it long.

Regarding wearing short pants… It happened one time that the Prophet (PBUH) said what means “woe to the ankles in the Hell fire”.
The background of this narrative is that the Prophet (PBUH) saw rich people boasting of their dress, something that may have offended some of the poor companions of the Prophet PBUH). The Prophet in an indirect way asked them to shorten their cloth so as to not be distinguished from the poor. Interpreting this narrative literally, some scholars say that we need to have short cloth as a token of modesty and humbleness. Others say it is not necessary that we show humbleness through short cloth, and thus we do not have to have short pants.

So, the different opinions are the result of either sticking to the literal interpretation of the Prophetic words or considering the wisdom and the reason for which the Prophet is said to have said them.