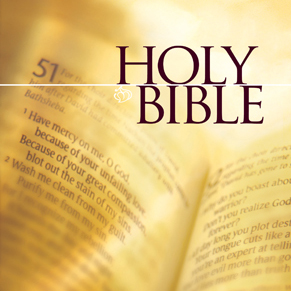 It is not befitting us Muslims to believe that the Prophet at the hands of whom God revealed the concluding message of Islam that acknowledges all the Prophets who were sent with the early messages of Monotheism, is not really foretold or the least mentioned in the Torah and Jesus Bible, themselves revealed by Almighty Allah.

Islam endorses Christianity and Judaism as God-ordained legislations, advocating monotheism and not as separate religions seceded from Islam. It views Judaism and later Christianity as two different legislations of one same Monotheistic religion, two different stages leading up to the concluding religion of Islam. This being said, the widespread reference to Judaism, Christianity, and Islam as the three Monotheistic or Abrahamic religions is misleading and far from true. For it denotes that the three are different, separate, and standalone religions carrying contradictory legacies, which widens the gap between followers of the three messages, and asserts many modern and human-enforced deviations from the original, God-revealed Law.

Stemming from this debate, most common among Jews, Christians and Muslims, is the argument whether the Old Testament prefigured Prophet Muhammad (pbuh) as the seal of Prophets, the foremost benefactor of humanity, who called for mercy and abiding by ethics and shunned vice and bigotry.

This is the subject matter of the study in hand, which I shall present in series, and through which will attempt to clear deeply rooted misconception about this crucial matter, while exploring a possible common ground between followers of Judaism, Christianity and Islam. This essay simply aims at proving that Prophet Muhammad (pbuh) was prophesied as the concluding Prophet by expounding facts and evidences form the Bible.

Christians believe that the thousands of prophecies about the Mesiah mentioned in the Old Testament refer to Prophet Jesus (pbuh). What asserts for a fact that what’s referred to in the Old Testament is actually prophet Jesus? Bearing in mind that the word Mesiah, or Christ is a title and not really a name that should be used to prove the claim that the Mesiah is Jesus (pbuh). We, Muslim endorse and rever Prophet Jesus as the Messenger of Allah, and what this article addresses is why is Prophet Muhammad not endorsed, eventhgouh his advent was prophesied in the Old Testament, that holds a prophecy perfectly fitting him and accurately describing him as the concluding of Prophets.

Going through the life instances and background information of prophets, there were barely any two who were as similar as Prophet Moses and Muhammad (pbut) were.

Let’s move foreword and explore more of that.

“I will raise them up a Prophet from among their brethren, like unto thee, and I will put my words in his mouth; and he shall speak unto them all that I shall command him.”

In which way does the prophecy foretold here befit prophet Jesus? Why is it thought among Christians that it is Jesus who God referred to in the words spoken to Prophet Moses (pbuh)- Why not Prophet Muhammad (pbuh)?

Well wouldn’t these be common similarities between Moses and a lot of prophets, including Isaiah, Solomon, Ezekiel, and many others? Why particularly Jesus?

Other than these two perceived “similarities”, there’s simply nothing more that’s common between Prophets Jesus and Moses, peace be upon them both.

On the other hand if one tries to fetch genuine similarities between Prophet Moses and Prophet Muhammad (peace be upon them), one shall indeed find many.

1) Both, like normal people, were born from a father and a mother, while Jesus (pbuh), the virgin birth of whom is a basic tenet of Christianity as endorsed also in Islam, was born to only a mother, without a father.

“This is how the birth of Jesus the Messiah came about[a]: His mother Mary was pledged to be married to Joseph, but before they came together, she was found to be pregnant through the Holy Spirit.”

Also check out the passage of Luke 1:35

2) Another similarity between Prophets Moses and Muhammad (peace be upon them) is that both were married and had children, whereas Jesus (pbuh) remained single till the last day of his life.

3)Also Prophet Muhammad and Prophet Moses (peace be upon them) both had died natural deaths, whereas Prophet Jesus (pbuh) was raised up alive.

More similarities are unfolding, showing Prophet Muhammad (pbuh) as the candidate most befit ting the prophecy in the Old Testament and not Jesus (pbuh)

“… And because they disbelieved and uttered a terrible slander against Mary, and said, ‘We have killed the Messiah, Jesus son of Mary, the Messenger of God.’ (They did not kill him, nor did they crucify him, though it was made to appear like that to them; those that disagreed about him are full of doubt, with no knowledge to follow, only supposition: they certainly did not kill him– God raised him up to Himself. God is almighty and wise”– Qur’an 4:157-159

4) Coming to another characteristic of the prophesied Messenger, and another similarity between Prophet Muhammad and Moses; being of the same descendants.

In Deuteronomy 33:1-2 The prophecy speaks of a Messenger descending from Sinai, from Seir, according to Dr. Jamal Badawi, probably the village of Sa’ir near Jerusalem, and shining forth from Paran.

According to Genesis 21:21, Paran is believed to be the place where Ishmael settled- it is Arabia, and specifically Mecca, where Muslim perform the annual pilgrimage to the Kaaba.

Also King James Bible, Isaiah 42:1-13 foretells the coming of the Messenger of God who will be sent with a law, who will also be one of the descendants of Ke’dar. Genesis 25:13, acknowledges that Ke’dar was the second son of Ishmael, the ancestor of prophet Muhammad (pbuh).

5) Despite years of conspiracies and sufferings, Prophets Moses and Muhammad (peace be upon them) were accepted as Prophets by their people, even though they received all sorts of troubles and agony at the hands of nations unto whom they were sent, in the end both prophets were accepted and acknowledged by their people. Contrary to the circumstances surrounding the lives of Prophet Muhammad and Moses (pbut), Prophet Jesus (pbuh) was explicitly rejected by children of Israel who remained repulsive of him till the end of his life.

About Prophet Jesus, John Bible 1:11 states that “He came unto his own, but his own received him not.” Again, Prophet Moses and Muhammad are seeming more similar.

6) Another element of similarity between Prophet Muhammad and Prophet Moses (pbut) is that both came with new legislations, whereas Prophet Jesus wasn’t sent with any new legislation or law.

“Think not that I am come to destroy, but to fulfill. For verily I say unto you, till heaven and earth pass, one jot or one title shall in no wise pass from the law, till all be fulfilled.”

More insights to be offered in part II

May God fill our hearts with the love of him and love of humanity at large. May He let the light of His wisdom enlighten our path in the seek out for His guidance and prosperity in this life and the hereafter.

Check Part II of What the Bible Says about Muhammad Here

Qur’anic texts used here are based on the English Translation of the Quran M. A. S. ABDEL HALEEM