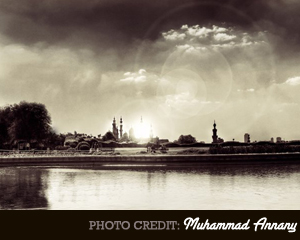 Torpedoes, arches, surgical scalpels, the camera, the three-meal course, arches, among other inventions, were all the outcome of hard work and realization of dreams inspired by alert connectivity to human life and the legacy entitled to the genuine believers.

Four or five years ago I was invited to an event hosted by 1001 Inventions: The Muslim Heritage in Our World in Dubai, UAE, celebrating the release of the second edition of their scholarly breakthrough, which I see as more than a book, but documentation of 1000 years of missing history of Humanity, giving due credit to generations of Muslim scholars, physicians, philosophers, and innovators who changed the face of humanity, and offered great contributions in simply all fields of life.

What’s marvelous about this event was the speech of Professor Salem Al Hassany, given in the attendance of many dignitaries who came from all world countries to celebrate such great work and hear his memorable words.

All through his speech Dr. Al Hassani kept referring to Al Andalus Civilization and the Muslims’ contribution to the wealth of inventions humanity has been and is till benefitting from till date, with a very special and clear emphasis laid on the importance of ‘acquiring the tools of success’.

For me this very simple phrase struck a chord for, according to what I see in the modern approaches people adopt to achieve their higher objectives, we, Muslims among all individuals, have lost understanding of how success should be pursued, and by extension don’t know the importance of availing those tools of success. And perhaps that’s why success is majorly lacking among many Muslims and at best is short lived.

Back then I was living in the extravagantly cosmopolitan Dubai, and to tell you the truth didn’t enjoy it much, despite the fact that life there was extremely easy, and my career was at its booming phase.

But my place in life back then just seemed so far fetched, and identifying my purpose was an impossibility. I felt like floating without a prospect of settling. And it all seemed like a ridiculous bizarre that had to come to an end.

Rethinking Professor Al Hassni’s words, I felt that continue living in a place that didn’t appeal to my nature or need was itself a necessary tool of success that was far from reach, let alone the disturbingly materialistic life that prevailed throughout the iron city, and blocked my every chance to connect to my “spirit”.

And I decided to leave and seek fulfillment elsewhere, and the decision didn’t prove correct over the years.

I’m definitely not encouraging people to prefer one place over another so that they may succeed and get fulfilled, but what I’m saying is: Do not stay where you don’t feel like belonging, chasing dreams is about feeling integral- period.

I have come to realize that Muslims simply need to know and grasp the reason how their civilization stood out, survived and spread vastly, stretching form China to Spain, crossing through distances, cultures, traditions and beliefs in a strikingly short time, and definitely without the power of sword as the widespread misconception propagates.

In almost all fields of sciences, even lifestyle inventions and scholarly heritage, Muslims have a rich history of amazing contributions to humanity, which since the inception of such inventions and till date, benefited from their impacts and still do without regard to barriers of culture, race or religion.

There needs to be genuine revival of such influences and development, and most importantly the approach and culture that helped build the mentalities that produced such great wealth, at a time when man’s only tools were his mind, sincerity, and talent, which he had to dig deep to bring it out and use it in the best manner. There can’t be a more intriguing need for such re-shaping of our perception and thus approaches in life than our present time, when Muslim nations lag far behind, with a lost glory and uncertainty over a largely undefined future.

Muslims’ fingerprints are in all fields of life, and not just philosophy and scientific knowledge. They worked their brains to discover the coffee beans, that have become a daily necessity for all individuals, at home or on the desks in every multinational corporations. Torpedoes, arches, surgical scalpels, the camera, the three-meal course, arches, among other inventions, were all the outcome of hard work and realization of dreams inspired by alert connectivity to human life and the legacy entitled to the genuine believers.

Muslims back then did give incredible attention to scholarly innovation in Islamic knowledge and assigned great effort to develop Islamic sciences and expound more merits of a comprehensive and balanced understanding of the Islamic doctrine. Yet they didn’t limit piety and their role in life as God’s vicegerents on earth to prayer and recitation of the Quran. Development of life on the planet was also a fundamentally acknowledged principal.

Serving the community was understood to be a duty on every Muslim.

Contemplating the unfathomable universe is cornerstone to any human creativity. It’s an obligation on every Muslim if not an indirect act of worship, as it helps believers realize the superiority of Allah and His matchless ability in creating and running this universe.

Enacting the bliss of thinking was a crucial element of Muslims’ daily life, which helped each individual realize his true potential and employ fully it, with all that’s in his disposition to serve humanity as much as his capacity allow for.

And with the guardians of sincerity, the formula was perfectly completed.

Sincerity was part and parcel of each and every Muslim thinker. It played the role of a guarding angel that alerted the conscience when any ulterior motives or inclination towards worldly fame crept into the heart, and that’s why they reached their aim, and didn’t impact humanity.

Speaking of sincerity, our noble Prophet (may the peace and blessings of Allah be upon him) is narrated to have said:

His Compnaions asked, “To Whom?”

He (pbuh) said: “To Allah, to his Book, and to His Messenger, to the leaders of the Muslims and to their common folk.” (recorded by Imams Bukhari and Muslim)

In Islam, sincerity encompasses every aspect of a Muslim life, without an exception.

As for the factor of acquiring the elements that would best serve their pursuit, in whichever field, blocking any source of disturbance was crucial and did play a good role in overcoming any possible tribulation that may arise, let alone connect to the human intellect, without which there’s no chance for any human output.

I invite each and every fellow Muslim who will come across this article to go back to the history of our civilization, attentively read and comprehend the inventions of our predecessors and try to understand what earned them the status of iconic innovators and our Ummah the prime stature it was once privileged.

Know that the development of human civilizations doesn’t never abides by the notion of balance- it either goes up, or disappointingly fall down.

A prodigious revival of our lost glory is crucially needed.

I hope this wake-up call finds its way to attentive minds and pure consciences.