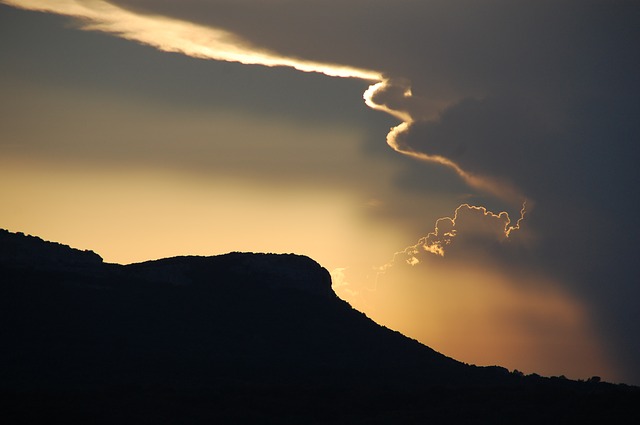 The Night Journey of our beloved Prophet form the Holy Mosque in Mecca to Al-Aqsa Mosque in Palestine and the Ascending through the Heavens was meant to show the Prophet a bit of Allah’s signs, amongst which are His Power, His Mercy, His Unfathomable Creation, His Might, making the impossible quite possible.

“Exalted is He who took His Servant by night from al-Masjid al-Haram to al-Masjid al- Aqsa, whose surroundings We have blessed, to show him of Our signs. Indeed, He is the Hearing, the Seeing.”—Quran (17:1)

The Night Journey of our beloved Prophet form the Holy Mosque in Mecca to Al-Aqsa Mosque in Palestine and the Ascending through the Heavens was meant to show the Prophet a bit of Allah’s signs, amongst which are His Power, His Mercy, His Unfathomable Creation, His Might, making the impossible quite possible.

This was a shred of morale of the Divine Journey that the Prophet embarked upon, a journey he was exclusively sent to, at a time, he was in terrible need for it, at a time  Qurayshmen were saving no effort to make his life and the life of those who believed in him impossible, calling him names, accusing him of insanity, dishonesty, being sorcerer among other heresies.

The Two-phases journey was both physical and spiritual, and despite its seeming impossibility, the disbelievers of Mecca were made to believe it, almost against the capacity of their mental thinking, and this Allah ordered to be, through Abu Bakr, who was nicknamed, the truthful, and approved the statement of the Prophet that he did travel through the lands and heavens during an overnight.

The Prophet, even though he knew his stature with Allah the Almighty, gained much, in terms of spiritual remorse, as a result of this timely journey, which was made happen only by Allah and arranged only through His Might and Power.

Behold the wisdom, mercy, and might of Allah and reckon how weak your heart is in faith and your mind in trusting Allah.

We, Muslims, are generally faithful, and know very well that the entire course of our lives is pre-destined and pre-arranged for us by Almighty Allah, even if we are availed the chance to choose. But at times of difficulties, even if they happen to be far less critical and disheartening compared to those faced by the Prophet, the heart tends to revolt, and the mind dares to reject the arrangement of Allah, at least on some level of awareness that varies from one person to another, depending on his/her strength of Iman and faith- Thus many a time we fail to read the signs carried to us through some misfortune or difficulty. Even at times of prosperity and affluence, we turn arrogant and tend to take Allah-given bounties for granted, till they turn against us some day.

Failing to grasp the source of the fortune and misfortune, alike, leads to failing to heed the lesson and the proper way to deal with each. Similarly, failing to accept each no matter how unpredictable or unexpected they may be, makes us fail to gain wisdom, itself derived from the Divine wisdom of Almighty Allah, and getting to understand it.

The Prophet lived the journey, to the utmost, and had faith in its wisdom, time, and thus was able to receive its merits and heed its lesson. He knew it was a pat on his shoulder, and a divine will aimed at conveying certain message to the believers as well as the unbelievers, he accepted it, embarked upon it, and lived it to the fullest. Learning all that he was to learn through it, enjoying it as it was meant to relief him of some of the spiritual harm inflicted upon him on earth, yet kept in mind it was all by Allah and from Allah.

The manner in which the Prophet, peace be upon him, dealt with this special and historical journey through the lands and through the heavens stands as a didactic lesson on how to deal with Allah’s signs, signals, and trials He gets us through, let them be affluences or calamities.

It can be summed up in three words; accepting Allah’s order and living it, having trust in Allah’s Wisdom, same way in His supreme Will and Power.
To furtherer sum it up; it’s the true Submission to Allah true Islam. Period!

This is how we should live through misfortunes and blessings alike. All that befalls us is a set of journeys meant to teach us something, unless we realize and reckon their significance and do our best to catch them wherever they are, we shall fail to grasp their signs as intended by Allah.

It shall remain an Undying Journey of Timeless Inspiration, that of Prophet Muhammad, from the Holy Mosque in Mecca to Al Aqsa Mosque in Palestine, and from earth through the Heavens.

See you next week inshaAllah!