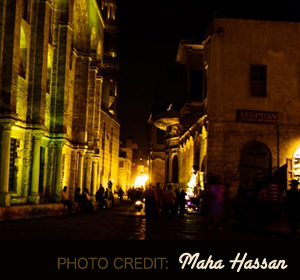 Night outings, social gatherings- buzzing entertainment spots- oriental decorations and extra lightings may seem to be the only dominating Ramadan schemes in Muslim communities around the world. While I may partially agree with such hypothesis, I reject it as a generic outlook.

Superficial traditions seem more apparent, but there are a silent majority of wise minds and alert hearts who can still grasp the genuine essence and cling to the true spirit of Ramadan, setting their objectives of the month as clear as the moon sighting and as intent as their willingness to survive.

In so doing, Muslims are enacting one blissful virtue that’s essential for any sound Muslim character, that is honesty and being true to oneself, acting in accordance with your own convictions not following others’ perceptions of the matters.

A not so greatly perceptive man would easily comprehend the prime objectives of the month of Ramadan and work out his schedule according.

Allah says in the Quran: “The month of Ramadan [is that] in which was revealed the Qur’an, a guidance for the people and clear proofs of guidance and criterion. So whoever sights [the new moon of] the month, let him fast it; and whoever is ill or on a journey – then an equal number of other days. Allah intends for you ease and does not intend for you hardship and [wants] for you to complete the period and to glorify Allah for that [to] which He has guided you; and perhaps you will be grateful.”

Best manner to commemorate the merciful revelation of the Quran in the blessed Night of “Laylatul Qadr” is to Know and fully grasp its meanings- Allah’s address to humanity,- attentively listen to His demands and work hard to attend to them, and increase what we’re told to be good deeds, so as to win God’s pleasure and satisfaction.

Our foremost concern in Ramadan should be establishing a fresh new bond with our Creator, the Supreme Lord of the Universe, who revealed the Book to guide His creation for what’s best for them in this life and the hereafter, thereby, perfecting their attitudes and safeguarding their wellbeing.

Strengthening our ties with the Divine is what shall aid us on our path to comprehend His law and worship Him correctly. So the more we observe that during Ramadan and work hard to establish it as a habit, the more we shall be able to adjust our attitudes and imbibe pure loyalty to Allah, holding fast to His message and embracing our original identity as Muslims.

However it’s impossible getting yourself do nothing but acts of worship for a whole month. What’s optimal is employing all of your acts to achieve the prime goal in Ramadan, earning God’s satisfaction and attaining salvation.

You can still have the kind of heartwarming social gatherings you like, but tend to invest more time in the family, particularly bringing together those whom you haven’t been in touch with in recent times. And set your intention as seeking only the reward from God.

Similarly, you can engage your friends in charity work that would help uplift the suffering of the poor and may be eventually turn into some promising community development project.

Also you can work on your self a bit, all within the frame of becoming the balanced Muslim personality you’re supposed to be.

Give up bad habits and acquire good ones.

Beyond city typicals, Ramadan can be a life-altering experience; transforming you and your community.

May Allah accept our good deeds and grant us the blessings of the month- Amen.