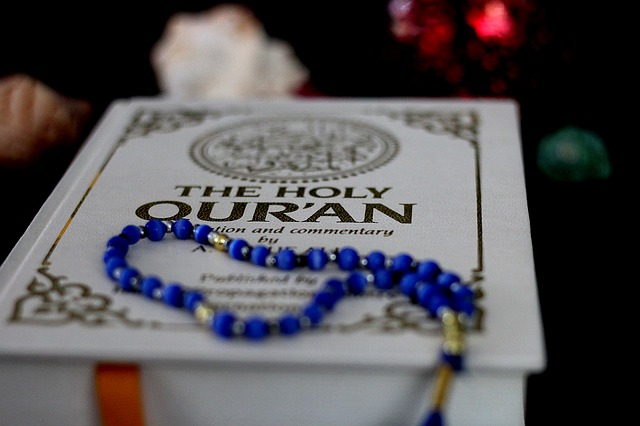 Prior to the modern age very few people disputed the fact that the world has a creator. This fact was for them as obvious as a logical truth or an observed phenomenon. They only differed about the nature of this creator and about the appropriate attitude people should have towards Him. But now the very existence of a creator is disputed. Why? This is not an easy question to answer.

However, I tend to agree with those contemporary writers who trace the origins of modern atheism in the West to the ideas of some influential Western philosophers, some of whom were themselves believers. But these ‘believers’ argued in such a way as to make people at least doubt , if not reject, some of the facts belief in which used to be considered of the essence of being rational. Good reasons for belief in the Creator, whether they be strictly rational or otherwise, used to be related to those facts. Belief in God  was based on the fact that there was something in our nature and in the nature of the world which points to a transcendent Creator whom we should worship.

The claim of the new thinking was that our world is in every respect a closed system that cannot therefore point to anything outside itself. The first step toward this separation of heaven and earth was perhaps Descartes’ mechanistic conception of the world in  which it is claimed that it is possible to explain natural phenomena by reference to matter and motion and their laws. Hume widened the distance between heaven and earth by claiming that the causal principle by which we make such explanation of natural phenomena was nothing but observed regular succession. God cannot therefore be a cause since His creation or effect, is not observed to occur after Him. Kant took the final step by arguing that the concept of causation cannot apply to anything outside the world of our experience. This atheistic philosophy then became, as it were, the official philosophy of science. And since ordinary people, and even many scientists, do not see the distinction between the facts which science establishes and the philosophies which scientists adopt, especially when such philosophies become popular among great scientists, this atheistic philosophy was believed by the public to be the philosophy which science demands or even the philosophy whose truth it has establish.

Many believers accepted the atheistic assumptions of this philosophy but nevertheless maintained their belief in God hoping to find a place for Him in the realms which science could not yet conquer. But the atheists argued, with some strength, that since science was rapidly progressing in giving us “rational” explanations of phenomena which we used to believe to the works of God, it was only a matter of time before everything would be so explained, thus driving God completely out of our world.

The severance of the relation between God and the world was thus, on the one hand, a result of a new conception of the nature of our world. But on the other hand it led some believers to a new conception of the nature of God. God, as a result of this new thinking became more and more of an abstract idea rather than a living person. But this in its turn strengthened the atheistic trend. Who is interested in a God that is a mere idea, who has no active role to play either on the level of our intellects and behavior or on the level of nature.

But the idea that our world is a closed system, that it does not point to transcendent creatior, has received a serious blow from the big bang theory, which is being more and more accepted by scientists as the most plausible scientific cosmological theory. According to this theory our natural world had a definite beginning. And if so it would not be illegitimate to ask: Who started it? But this means that the world itself is telling us that it is not self-sufficient, i.e., it is pointing to something beyond itself. But this fact, as we said earlier, was taken for granted by early thinkers. They did not have to wait for a twentieth-century scientific theory to prove it. Almost everything around them pointed to the fact our world had a beginning, and could not therefore be self-sufficient.

I think that it will soon be obvious that those who denied the existence of the Creator cannot support their claim by any scientific facts. But mere belief in the existence of a creator is not of much consequence. We need to know who this creator is so that we can establish appropriate relations with Him, relations that would make a difference in our life.

It is to this end that thinking believers should henceforth direct their energies. We must overcome the pre Big Bang complex which induced many of us to think of God as an abstract idea, and start expounding and defending the ordinary believer’s conception of Him as a living and loving Person.

I believe that there is much in the writings of early Muslim theologians, especially those of the Sunnite School, from which all those who believe in the existence of the Creator can benefit in this respect. And it is towards this end that I am writing the rest of this paper. I shall attempt to give contemporary believers an idea about the way early Muslim theologians thought about an issue in which we are still interested, namely, the nature of God and His attributes.

— Dr. Jaafar Sheikh Idris is prominent Muslim Scholar most notable for offering an insightful understanding of Islamic Knowledge and Western Ideologies. He authored a great number of articles and research papers, and delivered many Islamic lectures, in English and Arabic, in various countries around the world.