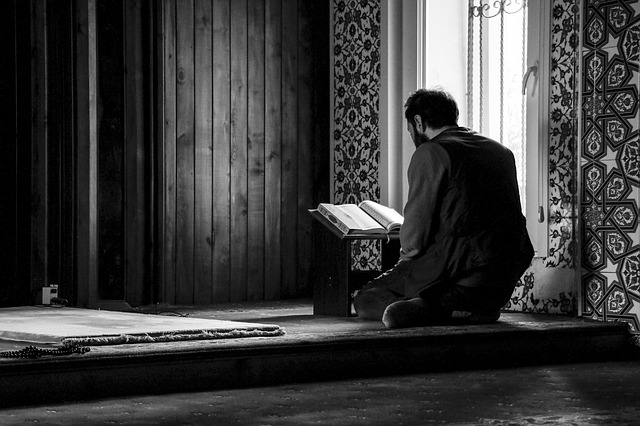 A lot has been said about Prayer (Salat) and the meritorious Surah al Fatiha (the Opening). But the best ever, or may be the more of spiritual impact of all said about the two, is a heartfelt Qudusi Hadith, wherein Allah illustrates the virtual conversation taking place between Him the Almighty and a Muslim during prayer and the recitation of Surah al Fatiha; a fundamental element of Prayer, without which a Muslim prayer is void and rejected.

Abu Hurairah (may Allah be pleased with him said:

“A prayer performed by someone who has not recited the Essence of the Qur’an (1) during it is deficient (and he repeated the word three times), incomplete.”

Someone said to Abu Hurayrah:

[Even though] we are behind the imam? (2) He (Abu Hurairah) said: Recite it to yourself, for I have heard the Prophet (peace and blessings of Allah be up on him) say:

It was related by Muslim (also by Malik, at-Tirmidhi, Abu-Dawud, an-Nasa’i and Ibn Majah).

(1) Surat al-Fatihah, the first surah (chapter) of the Qur’an.

(2) i.e. standing behind the imam (leader) listening to him reciting al-Fatihah.

(4) “The Merciful, the Compassionate.”

(7) “Guide us to the straight path, the path of those upon whom You have bestowed favors, not of those against whom You are angry, nor of those who are astray.”